It was only a matter of time, once the Internet was up and running: social networks were going to spring up. Many sites have come and faded in favor of the next best thing.

I was a late adopter to Facebook, and never really used it for anything except to establish a presence.  Over the past three years, the tweaks FB have made have not impressed me, but they have annoyed me. No surprise then that the mandatory migration to their “Timeline” format irks me.

Writing in the LA Times on July 31, 2012, Salvador Rodriquez again sounded the alarm that the changeover was coming. On August 1, I logged on to my FB account and was told my account would be converted to Timeline on August 8.

The Facebook IPO (Initial Public Offering) earlier this year did not go well. I think rightly that some investors were spooked by the metrics Facebook puts out about how active their users actually are.

Now those users such as me are visiting their sites to assess the prospective damage to our privacy. I can only think the net result is to artificially “up” Facebook’s metrics, to hype undeserved confidence and hopes among its now-and-future stockholders. 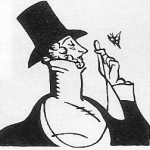 In The New Yorker (Comment, May 28, 2012), Nicholas Lemann examined the societal benefits of higher education. The dollar value of a college education is not clear for many students. However, college graduates are making eighty-four per cent more than high-school grads, and that income gap has been widening. Lots of jobs (the number is debatable) do not require a four-year college degree. Looking at the costs, there is a crisis in our national effort to make higher education universal.

In “The Mail” (June 25, 2012) professor of philosophy Howard Ruttenberg at the City University of New York observes: “We need a greater commitment to the broad intellectual development of all our citizens. Lemann is right that the cost is worth ‘the kind of society it buys.’ “ 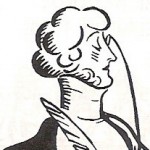 Tom Mirabile of Norfolk, Mass. had this to say in “The Mail” section of The New Yorker’s May 28, 2012 edition. But first he recollected from many years ago a broadcast of David Susskind’s talk show Open End where his guests were a pairing of Truman Capote and Mickey Spillane.  Whereas, Capote claimed it took five long years to write a book, Spillane sputtered that it took him no longer than five weeks to turn out one of his novels. Then, Spillane added–to Susskind’s and Capote’s apparent horror–that his protagonist–private eye Mike Hammer–only drank beer because Spillane did not know how to spell Cognac!

Mirabile concludes the anecdote with: “The writer’s delightful tongue-in-cheek irreverence indirectly confirmed what some of us–whether readers, writers, or critics–have always acknowledged: no form of writing guarantees a good read, but continued attempts to separate out certain types of fiction as ‘literary’ have become antiquated and hopelessly obsolete, and imply the snooty dismissal of every other category, no matter the genre.”