The Washington Nationals finished the 2012 regular season yesterday with a 98-64 won-loss record, the best in Major League Baseball.  At the end of the fourth inning, Teddy won his first presidents race after a string of over 500 defeats (and a few disqualifications) against his perennial opponents: George, Tom, and Abe. 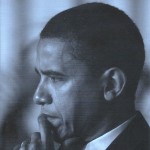 In re the 47 percent, Mitt Romney has had this to say: “My job is not to worry about those people.”  Those people, indeed!

The United States and its current President inherited an economic morass with antecedents going back more than 30 years. The economy cannot realistically be turned around in four years. No one person has that much influence and power.  The problem is exacerbated when the party out of power has made as its top priority getting the incumbent out of the White House, and frustrating, at every opportunity, legislation aimed at providing further fiscal stimulus, reining in health-care costs, or reducing the deficit with a balanced approach including taxation on the revenue side and trimming or capping expenditures on the expense side (it has been called “arithmetic”).

What is clear in retrospect is that our national experiments in deregulation and trickle-down economics as policy prescriptions have not operated as their proponents have advertised. Deregulation has brought, most notably, the predatory lending practices and poisonous financial instruments such as collateralized debt obligations that collectively encouraged a real-estate bubble and bust. Even in this present environment of historically low interest rates and easing monetary policies, trickle-down economics have not delivered the anticipated results in terms of investment and savings leading to growth, but have merely accelerated a growing trend of income inequality. Yet, it is deregulation and trickle-down economics which bookend the Republican plan to cure what ails the American economy. Too much of so-called deregulation is just a cover to pick the pockets or otherwise endanger the welfare of unprotected consumers, and too much of trickle-down economics is just a mechanism for the already well off to further enrich themselves, and this model simply cannot be sustained.

While one can also debate the role of government and the effect of government spending in this country, to end the debate there is to miss the larger point. The main driver of growth in the United States economy (accounting for roughly two-thirds of the total) is consumption. Without consumers with income to spend, the whole house of cards comes down: this is the reason why the country so desperately needs more jobs, better wages, and a robust middle class.

Monday, October 1 marked the first anniversary of the Occupy D.C. movement which took up residence in McPherson Square in solidarity with the Occupy Wall Street protestors last fall. Tonight marks the first of this election season’s presidential debates (9:00-1030 p.m. ET). With ballots already being cast in 34 states and the polling numbers still moving, the time has come for this Weblog to post its endorsement of Barack Obama.

Especially if you are young and/or a person of color it is important for you to turn out on Election Day (November 6) and cast a ballot. In the meantime, wish Michelle and Barack Obama a happy twentieth wedding anniversary.

A decade ago, the Washington region began to be menaced by the dysfunctional duo of John Allen Muhammad and Lee Boyd Malvo, better known as the D.C. Snipers. Beginning October 2 and continuing until a tip led to their capture on October 24, 10 people were indiscriminately shot dead and three others were seriously wounded.

Only one of the shootings occurred within the borders of the District: on October 3, capping the single deadliest day of the snipers’ killing spree, Pascal Charlot, aged 72, was gunned down while crossing a street in Northwest. In a macabre version of Six Degrees of Separation it seemed that everybody in Washington was connected to one of the victims. (I had a former colleague who knew a relative of Sarah Ramos, 34, who was shot and killed while sitting on a bench outside a shopping center in Silver Spring, Maryland.)

Tried and convicted of murder, Muhammad was executed by lethal injection in 2009; Malvo, now 27, is serving a life sentence at a maximum-security prison in Virginia.